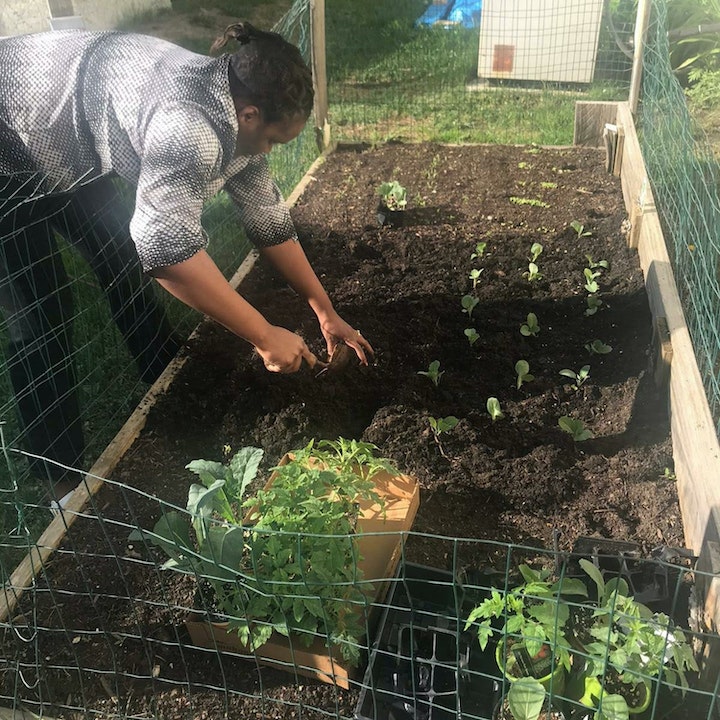 Some fell upon stony places, where they had not much earth: and forthwith they sprung up, because they had no deepness of earth: And when the sun was up, they were scorched; and because they had no root, they withered away. But he that received the seed into stony places, the same is he that heareth the word, and anon with joy receiveth it; Yet hath he not root in himself, but dureth for a while: for when tribulation or persecution ariseth because of the word, by and by he is offended. Matthew 13:5‭-‬6‭, ‬20‭-‬21 KJV --- Send in a voice message: https://anchor.fm/pastor-lucy-paynter/message Support this podcast: https://anchor.fm/pastor-lucy-paynter/support

<span;> Imagine practicing farming on a land whose soil runs barely two to three inches deep. A land where the bedrock is so close to the surface that there lacks any significant topsoil. A land so eroded, a soil so shallow that it can only hold water for so long. A soil so thinly layered that roots can barely provide enough anchorage, water and nutrients. Management and reclamation of this kinds of soils to make them receptive and able to support a crop takes a lot of work. You realize that due to the moisture and warmth in these type of soil, seeds spring up quite fast, but they die off as soon as they shoot because they are unable to take root. On receiving the seed, this type of soil gives the impression of hope that the crop could flourish on it but its core problem remains unchanged. And when the sun rises, water evaporates and all signs of life in it cease to exist.

<span;> Matthew 13:5-6 tells the parable of one such sower as it was told by Jesus. “Other seeds fell on shallow soil with underlying rock. The seeds sprouted quickly because the soil was shallow. But the plants soon wilted under the hot sun, and since they didn’t have deep roots, they died.” in verse 20 and 21, Jesus explained to his disciples the meaning of this part of the parable. The seed on the rocky soil represents those who hear the message and immediately receive it with joy. But since they don’t have deep roots, they don’t last long. They fall away as soon as they have problems or are persecuted for believing God’s word.
<span;> You see, this parable illustrates a man, who upon hearing the word of God, shows so much delight in it but the faith they claim to have acquired disappears when trouble comes because their heart remains unchanged. Like we said in the previous podcast, our reception of the Word of God depends on the state of our hearts. People whose hearts are like the stony ground often start off as true Christians in their profession of faith. They enjoy listening to the Word but it is of no benefit to them. They are drawn to the Word by the believer’s privileges and the promise of an eternity of happiness in heaven. And so without any change of heart, without any conviction of their state of sinfulness,  without any conviction of their need of a savior and commitment to righteousness, they profess a faith they are not ready to commit to.
<span;> Like the shallow soil on which the crop dies under the hot sun, a person whose faith is shallow crumbles and abandons the way of the cross when trials threaten them. They abandon their faith at the slightest opportunity of a sinful advantage. Their lack of faith can be likened to a soil that has insufficient nourishment for seeds to root and grow into a healthy, fruitful plant. While they may appear to grow faster than others in their faith, these bout of energy is soon expended in their efforts to appear righteous. But like the plant that withers off when the sun becomes too hot, when the light of Gods truth shines on them or when trials befall them, their faith withers away.
<span;> This is the kind of christian that gets into faith driven by emotions only, forgetting that God’s word cannot survive in us by building on emotions only. True faith demands action. It requires commitment and calls for a great deal of responsibility. When one gets into Christianity without first embracing these facts, trouble and persecution makes them to stumble because they failed to understand from the beginning that God’s kingdom conflicts with their past life of sin, their cultures, their traditions and worldly values. Because they do not understand that when one renounces the ways of the world for the Kingdom of God, the world is bound to strike back. And so when these things start happening, they realize that they can no longer endure the life of a true believer.
<span;> It is, however, important to understand that there is nothing wrong with this immediate conversion and enthusiasm. God’s Word is sweet, it holds such hope in it that anyone could be drawn to it, even though this excitement may be short-lived. There is no fault in a sudden rebirth as some of the greatest men of faith had their conversion this way. Even sudden growth can sometimes be maintained in the right environment. The problem arises from the lack of depth that makes the roots of faith to not take, and without deep enough roots, such a person is likely to collapse from both outside pressure or even from the gradual loss of interest in the ways of God’s kingdom.
<span;> You realize that the seed that fell on the shallow ground, although it had a brief period of growth, suffered the same fate as the one that fell on the footpath. Neither of the two seeds could produce fruit because they both were sown on grounds that could not sustain their growth. The seed that fell on the shallow ground died off before it could get rooted and established. And this is the plan of the evil one. What he cannot steal, he kills and destroyed. I implore you today, to take the journey of faith as a lifestyle. No tree bears fruit before its roots are well deep into the ground. A tree is as strong as its roots. I pray that you may focus your strength and time to developing your root system. Into getting established in the Word of God so that when the scorching sun, the winds and storms of this life and from the spiritual realm threaten to wither you away, you will withstand. Practice the daily disciplines of learning, growing, and getting established in the Word of God. For this is the way of the Word and the only way to get rooted deep enough to live and bear visible fruits fit of one who has been truly saved.
</span;></span;></span;></span;></span;></span;></span;>